The Latin Texts of Benjamin Höijer

The philosopher Benjamin Höijer (1776-1812) is one of the hidden treasures of Swedish philosophy and literature. He advocated the new Kantian-Fichtean philosophy of the late Enlightenment era. His Afhandling om den philosophiska constructionen (Treatise on Philosophical Construction) (1799) was translated into German and reviewed favorably by no other than F.W.J. Schelling. Despite this, Höijer has remained an inaccessible writer. Several of his texts are only available in Latin and his extensive lecture manuscripts were written in code and have, with few exceptions, remained unread in Uppsala University Library.

This projects deals with Höijer’s Latin texts. They were collected and published in his Collected Works in the 1820s but have not been translated into Swedish or any other language. Apart from different aspects of idealistic philosophy, the texts deal with topics such as history, art and poetry. During the later phase of his short life, Höijer devoted most of his work to the philosophy of art. This is also reflected in the Latin texts, including the early works from the late 1780s.

The project has two purposes: 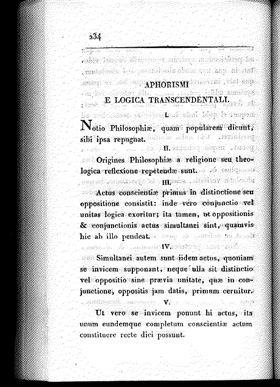