The aim of this project is to explore the role of some of the key members of the Royal Swedish Academy of Sciences (RSAS) in promoting research on human reproduction and family planning as a means to solve pressing overpopulation problems. It focuses in particular on Ulf Borell, Sune Bergström (president of RSAS in 1983) and Bengt Samuelsson, all holding leading positions at the Karolinska Institute and its WHO centre for research on human reproduction that was established with the support of the Swedish state around 1970. The latter two were awarded the Nobel Prize in 1982 for their research on prostaglandins, a discovery that was of great importance for the development of a new drug for medical abortion at the WHO centre. In several ways Borell, Bergström and Samuelsson worked to propagate the idea of overpopulation and birth control programmes, for instance in the decision to award the 1990 Crafoord Prize to the Population Bomb author and biologist Paul R. Ehrlich. In tracing the activities of these and other members the project will contribute to a better understanding of the political, public and scientific connections and communication of the RSAS during an era that rhetorically has been labelled “the contraceptive revolution”.

This is an individual project conducted within the research programme “Science and modernization in Sweden: An institutional approach to historicizing the knowledge society”. For more information, please follow this link. 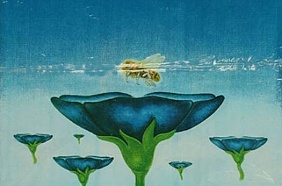