Why are so many in the Western world of today preoccupied with and troubled by identity (their own, their gender, their ethnic or religious’ group, even their continent’s identity (cf. the expression “European identity”))? How did identity become such a major problem in our time? Identity has, of course, a history. The fact that people ask questions about their identity is, or so it seems, a relatively modern phenomenon. Many years ago, Philip Gleison argued that the modern concept of identity appeared in social scientific and psychological research in the 1940s and 1950s. Before the Second World War identity was never used as a word to define who one is. Identity was, rather, a word designating the sameness of two items or that certain things or aspects of a thing remain unchanged over time. The latter problem was the major dilemma in nineteenth-century history: if everything is subjected to change, how can anything remain an integrated unit and have the identity of being the same thing throughout its history? Clearly, this was a different problem than what is currently discussed as identity.

This project deals with the history of and establishing of identity as a political, gendered and historical problem in Western intellectual history during the twentieth century. It analyzes the elder concepts of identity, especially as part of historical thinking and studies, and the establishing of a new concept of identity within the social sciences and psychology after the Second World War. Furthermore, it studies poststructuralist, feministic and postcolonial criticism of the idea of identity in the late twentieth century (for instance, Foucault’s genealogical history aimed at “dissolving identities” or Judith Butler’s analysis of gender categories) and the continued importance of the problem of identity within historical disciplines and writing (for instance, F.R. Ankersmit and Paul Riceour). By studying the history of the different concepts of identity present in today’s scientific discourse and public debate the aim is to get a grip of what is at stake in our, as it seems, inexhaustible need to define identity.

(Picture: The conjoined face of the Actress (Liv Ullman) and the Nurse (Bibi Andersson) in Ingmar Bergman's film Persona from 1966) 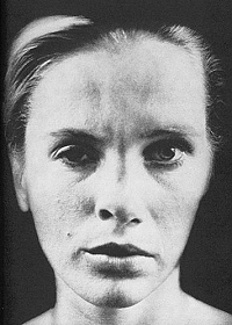