This project will unlock and re-evaluate early modern pharmacy as a field of knowledge by reconstrucing lost pharmaceutical skills concerning trade, handling, and composition of medicines. Where did substances come from? How could they be identified, stored, handled and mixed? What could they be used for, and what did they signify for those who came into contact with them? The trades of physicians and apothecaries depended on such knowledge, but we know remarkably little of it. The project integrates the history of pharmacy into the field of global history and reinterpret the meaning of exotic substances in early modern medical practice. The study is highly innovative, in particular in the way that it connects global history with the reconstruction approach of Experimental History of Science, and its ambition to recreate the laboratory practices of the past. Historians of science and medicine tend to neglect early modern apothecaries and their knowledge. However, the substances that they handled were of central importance for early modern medicine. Furthermore, early modern global trade rested on substances such as pepper, rhubarb and myrrh. The project will use new methods and new sources to reconstruct and create a new understanding of the pharmaceutical system of knowledge of this period, both in its theoretical and practical aspects. 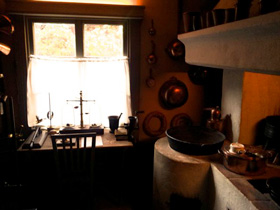 The Swedish Foundation for the Humanities and Social Sciences