Instructions in travel and collecting offer a rich viewpoint into the relationship between knowledge production and colonial power dynamics. Instructions were at the centre of an Enlightenment desire to map and collect the natural world: they were the core instruments used to organise travel, information gathering, and the collection of natural specimens and artefacts in colonial contexts. The circulation of instructions held together networks of individuals, universities, collecting institutions and colonial destinations, and established knowledge-producing practices and conventions. Instructions both encouraged and controlled scientific endeavour, giving non-elite actors access to participation in knowledge production while demarcating the bounds of their activity. As such, instructions manifested the contradictions, complexities, and violences of colonial knowledge production; they stimulated and shaped knowledge-producing practices, and they threw into relief the uneven power relations between the instructing, the instructed, and the colonized. Colonial instructions raise questions about hidden labour, the methods of transnational knowledge production, the role of literary and material technologies in the production of colonial knowledge, and the circulation of knowledge in the service of empire, and under its pressures.

Questions that this workshop will explore include the following:
• What were the conventions of instructions as a genre, and how did they develop over the period and in different colonial locations?
• What was the influence of Linnaean natural history on instructed colonial collecting?
• How were instructions circulated, and what was their reach? Who were they intended for and followed by, and with what implications for colonial power dynamics?
• What were the limits of instructions? How did local and colonial conditions shape instructed collecting and information-gathering practices? In what ways, and to what extent, did they shape local or colonial encounters?
• How did instructions concerning different elements of colonial travel and knowledge production – such as collecting, cartography, medicine, and sociability – shape the knowledge that was produced in colonial contexts?
• What relationships were created between instructor and instructee? How did models of power or mentoring manifest or change through instructions and adherence to them?
• What role did Indigenous or enslaved actors play in the production of instructed colonial knowledge?
• How did instructions create conceptualizations and hierarchies of race, gender, class and (dis)ability in colonial knowledge-producing contexts?
• How did instructions in colonial contexts shape the formation of archives, museum collections, and cultural memory? 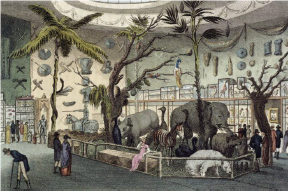